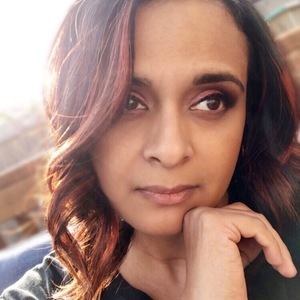 We've all been there. The well-meaning comment from a loved one. The back-handed criticism from a friend. The "out of left field" judgement from a fellow mom. Every mom from the beginning of time has occasionally been subjected to advice and comments from the people around her about how to raise her kids -- whether she asked for it or not.

It can be hurtful, but most often it's not meant with any malice or even any real criticism. But raising children, our children, is such a powerfully personal endeavour that it feels very much like a critique of the most important thing many of us will ever do with our lives.

So, some of us will suck it up. Some of us will even try to implement the advice out of a sense of obligation or even fear that "we aren't doing the mom thing right". That is personally the aspect of it that bothers me the most, when women feel like they're not good enough because someone made an unwelcome comment or gave unsolicited advice. I mean, c'mon, this motherhood thing is hard enough and we second-guess ourselves more than enough already without having to hear it from a third party! Especially when that third party doesn't even have a stake in our kids! Aside from that others will respond in a very negative or aggressive way out of self-defense.

So how can we deal with unsolicited advice? Here's 5 ways to tell people to "bugger off" politely, even if you are the kind of person who struggles to make their voice heard (and please don't feel bad about that...I know how hard it can be).

Sometimes, the quickest way to get someone to stop giving advice is to agree with it...and then continue doing exactly what you were planning to do anyway. This is especially powerful when you know that the advice is meant from a place of love or concern, but is still wrong or doesn't sit well with your own personal values. It may not discourage the person from giving advice again in the future, but it'll spare you the drama of having to argue with them. It is especially useful if you dislike confrontation, like me!

2. Become Your Own Expert

If you've read differently, preferably from a legitimate source, or have the opinion of an expert, for example a pediatrician, on your side, then don't be shy about throwing that out there! "You know, that's interesting, because I read that / our pediatrician says..." is a great way to make an advice-giver pause and reconsider their statement. Oh, you'll still have the occasional person who doesn't trust doctors or who thinks herbs fix everything, but you will have stood in your power, made your point, and factually backed it up. This is often enough to get people to take it back a notch.

3. Asking for the Respect You Deserve

Sometimes simply asking someone to respect your choices is all it takes. It's not certainly not an easy thing to say,but it's also incredibly difficult to argue with. Those closest to you may try, but stand firm. Your choices are your own and you don't owe anyone an explanation, assuming of course that your choices aren't hurting anyone else.

4. Telling Someone to Simply "Back Off"

When the Advice-Giver is particulalrly aggressive or interfering, sometimes you just need to be direct. This is especially true if they are really upsetting you or your kid). When people are out of line enough to interfere with your parenting directly, you don't owe them any explanation and can simply ask them to "back off" in a calm but firm manner.

No, I don't mean shower them with gratitude. But every once in a while you might actually get a good piece of advice that is helpful, even if you didn't ask for it. If that's the case, simply say "thank you, I'll take note of your advice" and change the topic of conversation. There's nothing wrong with accepting, reflecting and learning from experience, especially if you genuinely feel it's good advice.

But here's the bottom line on advice overall:

Don’t feel bad about not taking advice you didn’t ask for. Even if you did ask for it, you’re not obligated to take it if it doesn’t feel right for you and your situation. Only you know what is going to work for you, your child, your family, your circumstances. Stand up for what you believe in, but don't be rigid to the extent that your ego won't let you acknowledge any good advice that actually comes your way.

We aren't called mama bears for nothing.

What do you think? Is there a response you've given in the past that has worked for you when faced with unsolicited advice? I'd love to hear your experience with it in the comments below!

The Cost of It

Mindset of a New Mom 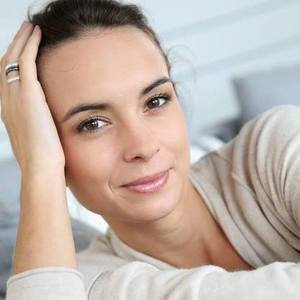 Thank you for sharing this. I often struggle to speak up so I found this article really helpful actually