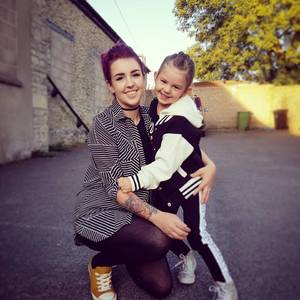 So you'd like to throw an amazing gender reveal party and are looking for some inspiration?
Don't worry we've got you covered with this list of awesome ideas.

First you'll need to know the gender but not know the gender.  Most of the time your sonographer will say to you “would you like to know the sex of baby?” but just in case they don't, any time after 16 weeks that you have a scan, make sure it is the first thing you say when you walk in that room “Please could you let us know when you're at the rear end as we would like to turn away and have you write it down for us ?”  As long as you explain your intentions before hand there shouldn't be an issue.

The Classic – a surprise for everyone, including YOU

I'm calling this 'the classic' as it is the one we see done the most – The balloons in a box reveal- I personally did this one with my second daughter and organised one for my nephew.  You take your new envelope with your note of baby's sex inside from the sonographer, and bring it to a place that will blow up balloons for you.  Make sure you have a large enough box to fit at least 5 balloons inside. I had 3 balloons for my daughters box and it was very underwhelming. Or if you have a trustworthy friend or relative and a cannister of helium, you could get them to do it.  If you choose to go to a shop my advice is this -  Make sure after you give them the envelope that you tell them to open it after you've left the store.   My sister and I weren't far enough away and we could hear the staff saying BLUE, BLUE, GET ME BLUE RIBBONS.  I did however, pretend I didn't hear and acted surprised with everyone else later !

You can order scratch cards with the gender however, I'm not sure how this works entirely as it may need someone close to you to know the sex before sending it to the company who makes them. Just a quick search on google for 'gender reveal scratchcards' will show you some very cute ideas.  This idea may be best for a smaller more low key group or to give one by one to close family and watch their reactions separately.  The cons of this is that someone will always scratch it off first and let others know, so best to hand them out on separate visits!

I've seen this done a few times and it can go amazingly right and be a really funny activity.  You will need:
-A large wooden board that you can paint any way you like to match your party theme
-Black balloons

-A small needle-sharp object
For this idea you will need a trustworthy, secret-keeping friend to give your gender results to and they can then fill one of the balloons with either pink or blue confetti.  The other balloons will be empty.  Then all of the blown-up balloons (including the confetti one) will be pinned onto your decorated board and at the party, your partner and you will take it in turns popping balloons until one pops with the revealing confetti inside!
Pair this with a tally chart of what people think the gender is and you have a cute little party game that you can share with your partner.  The only downside would be if you end up popping the first balloon and its the one with the confetti inside, that'd make for a very short party game.

Not so long ago, the very large black balloons were near impossible to find and buy for gender reveal parties.  Now it seems quite easy to pick-up online or even in some local stores.  This one may be the simplest of all, you have your large balloon filled with blue or pink confetti by someone who knows the gender and then you pop it at the end of your gender reveal party.  The big pro of this one is you can fit quite a large amount of confetti in those balloons so it makes for quite a show!  Make sure your balloon is blown up with helium after the confetti is inserted and add a decent weight to make sure it doesn't go fly-about. Simple yet effective.

I've always enjoyed watching videos of these gender reveals but it does require quite a patient mom-to-be as making a cake takes a little time.  Most commonly used for pregnancies with multiple babies, the idea is you give the gender results to a cake-maker or a talented friend and the inside of your cake will be blue or pink.  Cutting a slice of the cake reveals the colour inside!  I have also seen this done before with a tray of cupcakes where they are all cake coloured except for one which has the blue or pink inside – You have to bite through them to find the result.  A sweet idea for children to find out their gender of their new sibling.

This is one of the newer gender reveal options where the mom or dad-to-be will hit a ball that will explode with pink or blue powder.  Looks beautiful if executed on a clear and bright day.  Would be an ideal party idea for sports fans.  A quick search has shown me that to get your hands on an exploding baseball will set you back around $20-$30 and for golf balls around $10-$15.  Check out some videos online and see how pretty these gender reveals can be!

If, like me, you're a massive geek then there are now so many quirky options available to you.  What a time to be alive!  There's coloured light-sabers, pink or blue powder exploding pokeballs and a harry potter gender sorting hat!  Whatever you decide you could base your entire party theme around it and it could be the best gender reveal anyone has ever been to!

After you've decided on which way you'd like the actual reveal to happen you can start to plan the other party things around it.  If you're impatient like me, make sure you have all of this stuff bought and ready a week or two before your actual party to minimize the wait for you to find out the gender.  Remember, the actual reveal is the main event of your party so have your guests on tenterhooks by playing some fun little party games beforehand.  Why not make the party your baby shower at the same time and just really go for it ?  Do whatever suits you! My last tip would be to make sure you have someone that is good with a camera to capture your reactions as those photos will make for great memories!

Where the Wild Things Are 1st Birthday

I am a 29 yr old mother of two girls who likes to do illustration, gaming and walking the dogs in my free time !