My Greatest Blessing Turned Into My Biggest Nightmare 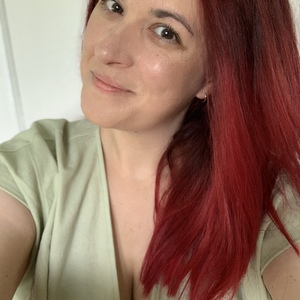 As I saw the two bright pink lines, knowing this would be my miracle third baby, I felt at ease. I knew this baby was my miracle baby, a baby that was a pleasant surprise. I have two boys, Maddox is 3 and Alfie is 2. I had no idea how I would make it work with three babies, but I knew my husband and I would make it work. A few weeks went by and the cravings begun, the bloated had started and planning had begun. We needed a bigger car, another car seat, more organization of the house, but I didn't care because I knew this would be my last baby and I wanted to take it all in. I had even got a beautiful koala blanket to bring to the hospital; koala because I am an Australian living in America, but that story is for another day. I wondered if this miracle baby would be my girl, I always wanted a girl, but I wanted a healthy baby nonetheless.

And as quickly as it came, it was all taken away. My plans, my hopes, my everything was taken away.

The spotting begun slowly and I called my doctor's office multiple times in one week because I had never spotted during any of my other pregnancies. I am a high risk patient due to high blood pressure, so extra precautions need to be taken. I was told by the staff that spotting is normal and I believed them. I do know spotting can be normal, but I wish I would have listened to my gut feeling. After calling again on the Thursday night, my doctor put me in for an emergency ultrasound. I was so nervous as I didn't know what to expect. We saw a teeny tiny baby and a heartbeat. I felt relieved, although the baby was measuring a week behind, my doctor told me that I just could have ovulated a little later than first thought because I am still breastfeeding. My husband and I left the doctor's office feeling somewhat better, but something was telling me not to get my hopes up.

I was still spotting and I had slight cramps on and off until the Saturday of Labor Day weekend. Saturday, we went out as normal and I went to the bathroom and my heart sank. I knew I was losing the baby, I just knew it. I tried to make myself better by researching subchorionic hemorrhage, hoping and praying it was just that. But sadly it wasn't, and by Sunday I had completely lost the baby. The day after Labor Day, I had my blood drawn and it confirmed that my hCG levels had plummeted.

Days and days of bleeding and in pain and being a mom to two active toddlers and grieving the loss of your baby is something I wouldn't wish upon anyone.

I went back to my doctors that following week for an ultrasound, to confirm a complete miscarriage and sadly it was. I was thankful not to have a D&C, I didn't need another traumatic event to go through.

A week after the ultrasound, I finally stopped bleeding. But the emotional pain and wound was awful. I felt tremendous amounts of guilt, even though logically I know I did nothing wrong, but I couldn't get past the guilt and shame. You hear about miscarriages but you don’t really listen to what people say about them because you truly don’t think it’ll ever happen to you-until it sadly does.

I had to go about my every day life, grocery shopping, laundry, errands, looking after my two boys (I am a SAHM), all while having a miscarriage. No one knows either, they look at you like you look so sad, but no one knows why you’re sad. Life didn’t just stop so I never had time to process it. I went about everything the same, until I couldn’t anymore. I finally broke down two weeks ago and have had lots of therapy and a form of trauma therapy called EMDR. I was already in both forms of therapy and have been for two years, so as you can imagine I didn’t need this on top of everything else. But like everything else that has happened to me, I chose to deal with it, as emotionally exhausting it is and talk about it. I’m not fully healed and not sure when that will be, but I am able to write about it which is something I couldn’t do a month ago.

As I conclude writing my very first article with MomsBeyond, I want to say this to any mom who has sadly gone through a miscarriage, it wasn’t your fault. You did nothing wrong to have this happen. You’re not broken and I want you to allow yourself to grieve the loss the way you wish to do so.

And to any pregnant mom who has a gut feeling about something and gets dismissed, please stand firm in your requests. You have a gut feeling for a reason. I wish I had listened to mine.

Thank you for reading.

How to Decide Whether You Want Another...

I am a SAHM of two boys, Maddox is 3 and Alfie is 2. They are 16 months apart however I get asked all the time if they’re twins! We reside in New York. I am originally from Melbourne, Australia and have been in America for 9 years. I am on a journey of self healing and self discovery and I share my triumphs and challenges along the way. I am diagnosed with postpartum depression, generalized anxiety, OCD and trauma based ADHD. I have complex PTSD as well. I am working through all that as I reparent myself and provide my children a better life. I can’t wait to get to know you all :) I promise to be informative and your social media bestie.