What I Wish I Would Have Known Postpartum 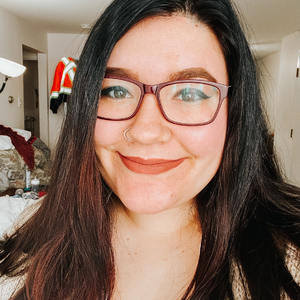 The time has finally come. You’ve just had your baby. You’re so over the moon with happiness, cradling your newborn. Then it hits you, it’s over. You are now postpartum. What now?

There are a lot of things I wasn’t told during my pregnancy about what happens or could happen to you after you give birth, so I’m going to be sharing some of the things I wish I would have known about postpartum life.

Now I don’t want to scare you first time moms out there, but honestly I wish someone would have told me about stitches. I knew I could tear giving birth. I think it’s one of the most common horror stories people tell first time moms.

However what I did not know was how hard and painful it would be postpartum having second degree tears. Getting the stitches themselves stung because my epidural was wearing off at that point. Then over the course of the two days I was at the hospital, they checked them frequently which hurt SO bad. I also was not aware they would hurt up to eight months postpartum.

To this day, almost nine months postpartum, my stitches have dissolved completely but the area is still very tender sometimes. Those sitz baths aren’t just for fresh postpartum mamas.

2. Your milk may not come in right away

That’s right, your breast milk may not come in as soon as you give birth. I had no idea that was a thing until it happened to me. I leaked from thirty weeks until I gave birth. I thought that was a good sign that my milk would come in early and breastfeeding would be a breeze! I was very mistaken.

I was given little to no information about breastfeeding except that it was something that I should do and it’s what’s best for the baby. So when Avery, my son, was born, he latched right away and he was sucking, so I assumed he was getting milk. Now I know that was colostrum, the “liquid gold” as I was told. It contains a lot of nutrients that are good for babies. My real milk never actually came in until two weeks postpartum.

I remember crying and having so much anxiety when Avery needed to eat. I was in so much pain and he was so fussy because he wasn’t getting anything. At four days postpartum I decided that I would have to give him formula and I’m glad I did. Had I known that it was normal for my milk to not come in right away I would have been much more relaxed and just given him formula right after my colostrum dried up at two days postpartum.

Once my milk actually came in at two weeks postpartum, it was very painful. Avery had already been on formula for a week. I wasn’t going to breastfeed so I had to dry up my milk. For about five to six days my breasts were so engorged it hurt to wear shirts.

Fed is absolutely best fellow moms, don’t feel bad if you give your baby formula.

In my experience I believe I had it right away. I was quick to anger, very depressed, unhappy, and disoriented most of the time. Hearing him cry had virtually no effect on me by three weeks postpartum. I thought I was a terrible mom. That Avery was better off without me. I quickly became suicidal for months after that. I wish I would have spoken up about it sooner than I did, but honestly I didn’t even know what to speak up about and who to talk to. Talk to your OB about what the symptoms to look out for are so you, and the family members closest to you, are aware. It’s so important and needs to be spoken about more often than it is.

At three weeks postpartum I started having some pain in my left side. It was mild at first, but within two hours I was clutching my side unable to move. My spouse had to rush me to the hospital with our three week old baby because he thought I was dying, and honestly I thought I was too. I’ll never forget clutching my side screaming for my life in my kitchen while my newborn baby was crying in our room.

I was admitted to the hospital and they did an ultrasound and found two gallstones. They scheduled me for surgery to have my gallbladder removed because my gallbladder was completely full of stones. Hundreds of them. I was hospitalized for six days at three weeks postpartum without my baby. It was one of the most difficult times I’ve ever had.

Apparently the hormones released during labour and postpartum can trigger gallstones to be produced. Let me tell you I would rather give birth with no epidural then go through that again. Not one doctor or OB told me that was a possibility when I was pregnant, but it’s fairly common.

5. The first night is absolutely terrible

That first night in the hospital after you have your baby is quite literally hell. That might not be the case for everyone, but in my experience it was absolutely awful.

You’re so sore from giving birth that you can barely get out of bed without help. The baby is hungry every thirty minutes to two hours so your spouse or nurse is constantly bringing you your baby so you can feed them. You’re exhausted from all the adrenaline that just left your body from giving birth.

For me the worst part was that we were sharing a room with someone else and their newborn. So every time Avery would fall asleep, the other baby would wake up and vice versa. If you can splurge on the private room, I highly suggest it. I definitely will be for our next baby!

Those are five things I wish I would have known about postpartum life. Let me know what you wish you were told when you were pregnant!

5 Powerful ways to embrace your fourth...

Hello everyone! My name is Zoey Wilson and I’m a twenty year old mom to my eight month old son Avery. My passion is talking about the ups and downs of motherhood and sharing my raw and real truths about being a first time mom.