6 Tips to Help with a Picky Eater 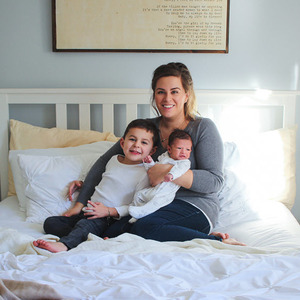 From about age three through four and a half, my son was a terrible eater! He would only ever stick to his choice foods, which mainly consisted of mac & cheese, canned chicken  noodle soup, pb&j, oatmeal, or spaghetti. I, not wanting to starve him would indulge him with said foods only. On the rare occasion we did branch out, not wild mind you, I'm talking eggs, chicken nuggets, PIZZA! He would then leave the food in his mouth and chew on it for what felt like hours. When I would scold him and tell him to swallow he would act as if he was gagging. I don't know where the fear came from, but his excuse was, he didn't want to choke. Needless to say my stress level was through the roof when it came to meal time. He would take forever to finish eating, and that's even if I handled it that long. I was at my wits end, and I certainly hated being an angry mom. I knew change needed to happen, and it needed to start with me. He's now five and a half and has made a complete 180 degree turn with his eating habits. Below I have outlined 6 tips that I found really helped in our meal time transformation.

We no longer need a timer, and eating has become second nature for him (you would think that's how it should be from the beginning.) Noah now eats a wide variety of foods and we are all much happier because of it. If you've stumbled across this article, it's probably because you have a picky eater on your hands. I know all kids are different, but I hope that at least one of these tips can help you both find mealtime happiness. Thanks for reading!

Hello Friends, I’m Stephanie!
I am a stay at home mama of two busy boys; Noah, my wild and sassy 6 year old and new baby Luke, my sweet, delicious chunk of smiley goodness. I’ve been kept balanced by my not so little man child of 8 years and together we live in the Seattle, WA area. I’m a lover of all things sugar, addicted to DIY, and a pullover for yard sales. Thanks for being here!