"I don't know how I do it, but I just do": Reflections of a Military Spouse & Mom 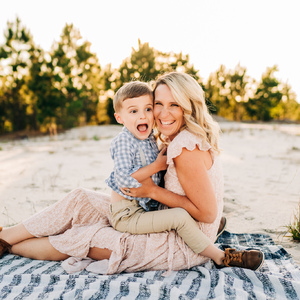 Last night, as I sat on the front porch with a new friend having a glass of wine, we both we're talking about how our boys we're being crazy and forever losing their shoes, and just generally how difficult motherhood is; you know, the typical things mom friends discuss. But just as I was about to complain about my son throwing a tantrum over having to eat the blue yogurt instead of the red yogurt, Taps came on over the big speakers to signify the end of the day, and to remind you to pause and remember those who made the ultimate sacrifice. Did I mention, my friend and I just met a week or so ago and both live on a small Army base?

Hi, I'm Julie. I'm a military wife, a momma, and an Army veteran turned photographer. I just moved to my sixth (7th if you feel like counting my ROTC/grad school time) home in Fort Leavenworth, Kansas. 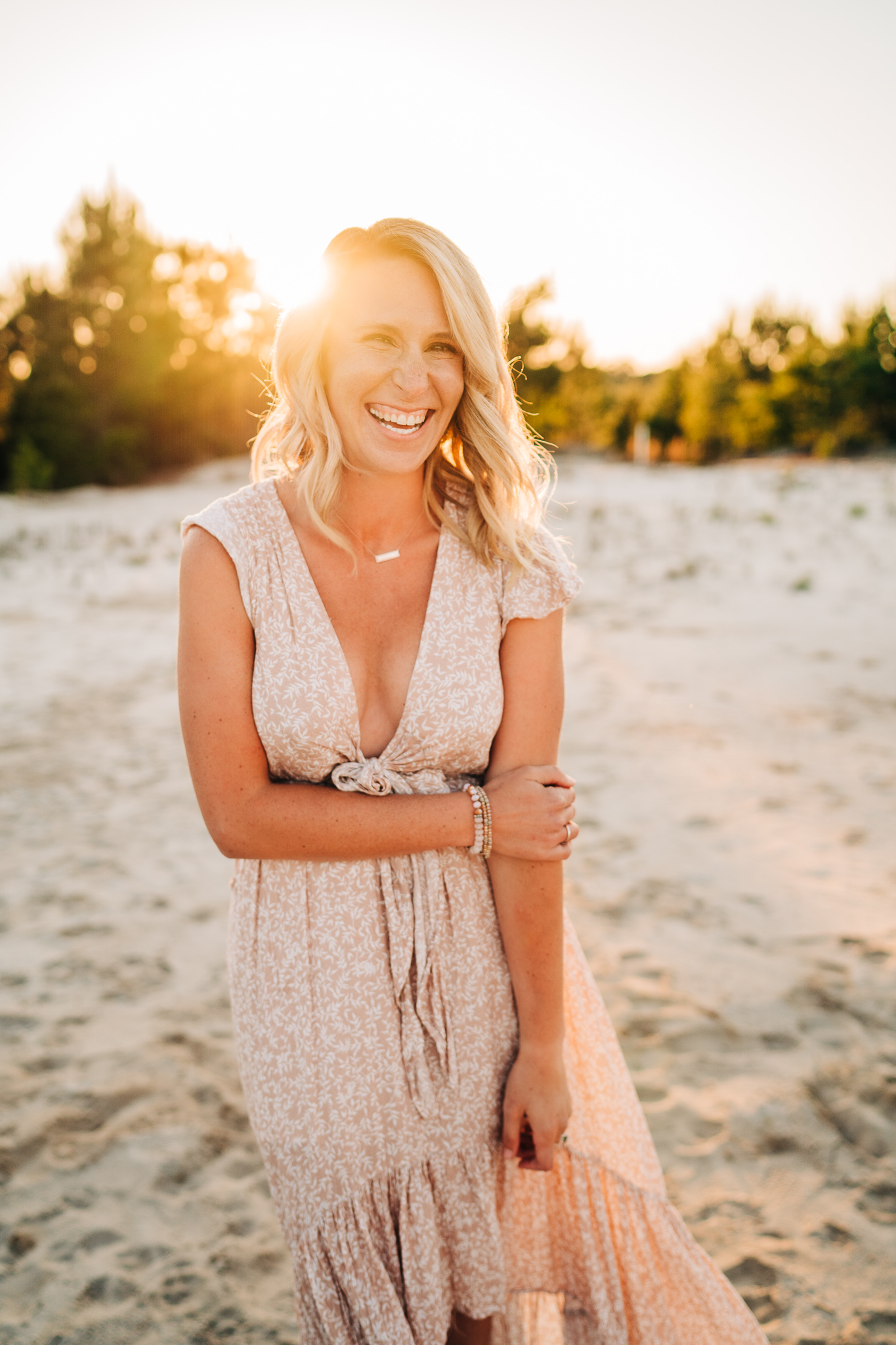 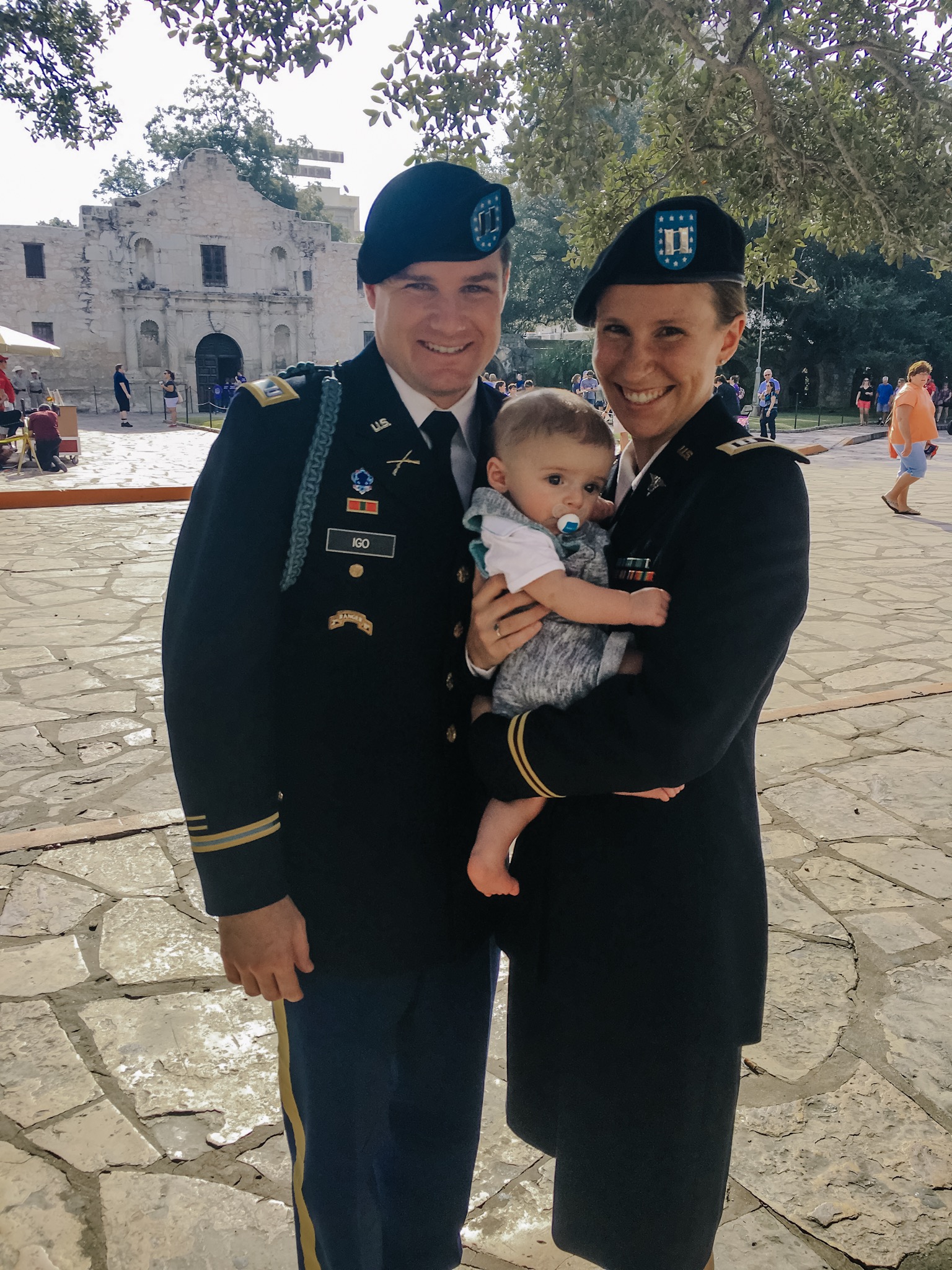 This current assignment is touted in the Army community as “the best year of your life” because it has SO much family time as your spouse is in school full time; which means NO deployments or field training exercises. It’s also kind of a little joke among the spouses, because while your Soldier IS indeed home, they are busy with getting their master’s degree in just 10.5 months (aka lots of reading, papers, and exams to keep them occupied; and they're also stressed out with interviewing for their next follow on assignments--aka where will we be moving to next summer). But the nice thing is, everyone there is in the same boat, so you make fast friends to share the time with. 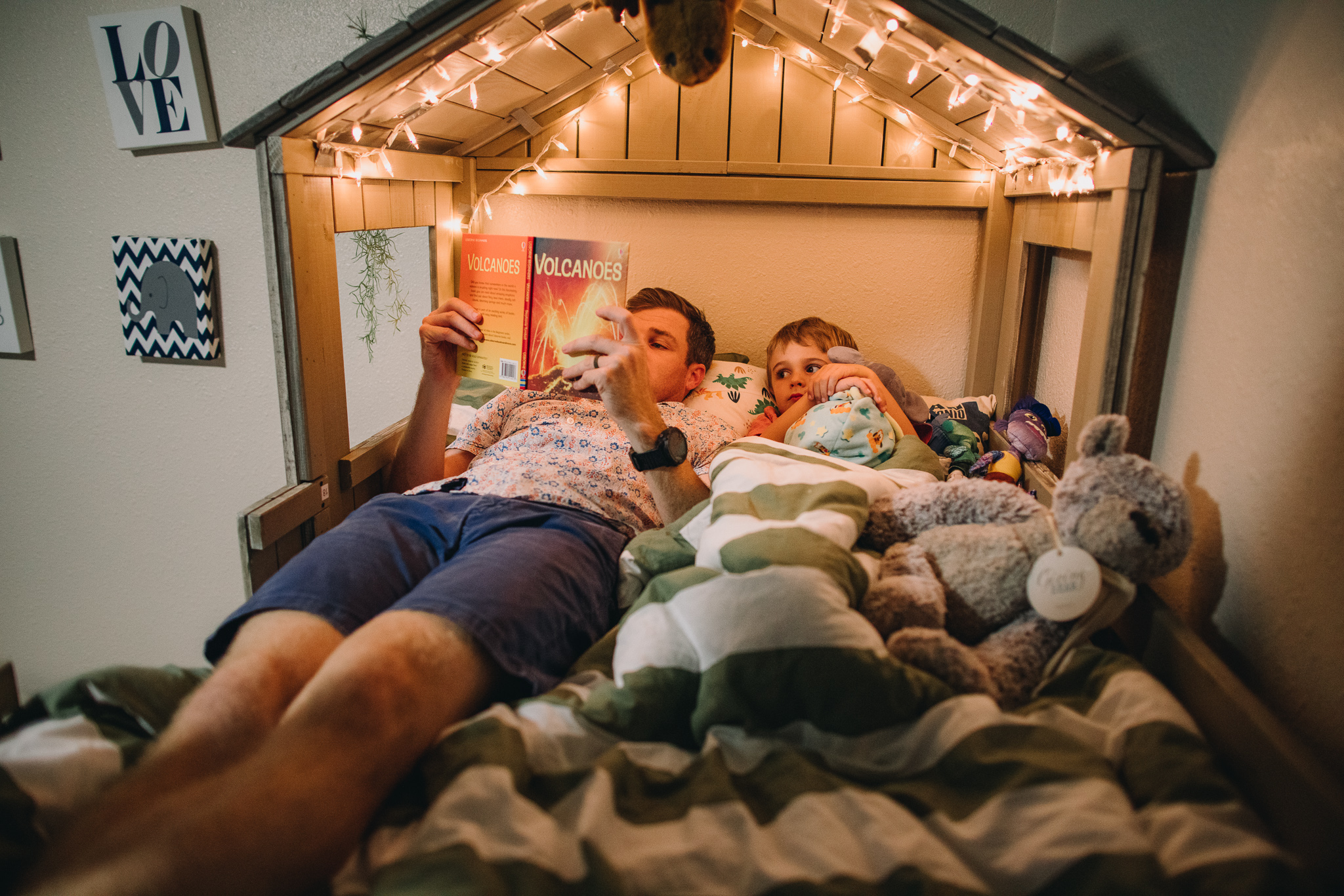 While my new friend and I bonded over both being boy moms, we also bonded over how hard the military lifestyle can be. And at one point during our chat, my friend said

"you know... I don't know how I do it, but I just do. And looking back at those REALLY tough times, I feel like none of my non-military friends would be able to survive what we go through."

Let me first give a small disclaimer--as I said above, I'm a veteran. I served for five years in the Army as a medical service corps officer before being medically retired due to a hand injury (a story for another day). I *knew* what the military life was like while being the service member, and while my husband and I were both in at the same time; it was SO much easier to be the service member then it was to be the "dependent."  Also, there are plenty of other wives and mothers that have spoken about this topic, but because I like the sound of my own voice, I decided I wanted to tell some of my own thoughts about it all too. Strap in friends, I'm pretty verbose, haha!

This military life? It's hard for the families.

And it's one that not many civilians friends can even begin to fathom. I remember once seeing a friend complain on social media that her husband had to go out of town for two nights and was missing something important for their kiddo. While I realize we all have our own struggles and one person's mole hill is another person's mountain, it got me thinking about how much harder this whole wife and motherhood gig is for the military spouse. 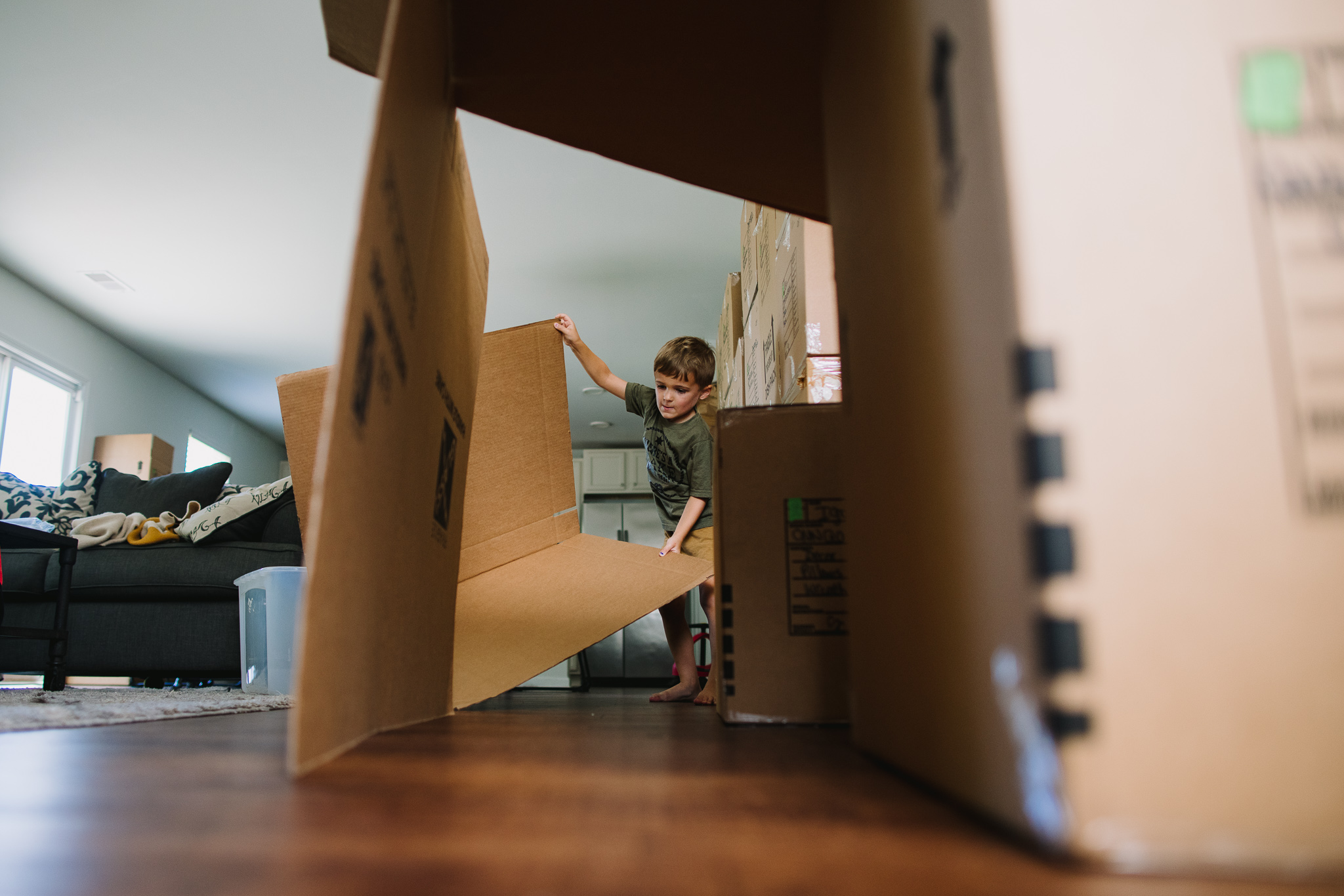 I have cried SO many tears over the past ten years; tears of happiness, of sadness, and of frustration. I have sent half of my heart off to a foreign country on three different occasions, fearful for his safety, not knowing if I would for sure get to welcome him home, and spent months praying day in and day out that he would be OK. If you've never had a love one deployed to a war zone, you don't know how on edge you are for the duration of the deployment every time your phone or email buzzes. In the ten plus years we have been together, so much of our time has been spent physically apart. I’ve tried my best to be understanding (though I know I failed many times) when he has had to stay late at work, go in early or on a weekend, or missed an important event because the mission and his job *has* to come first. 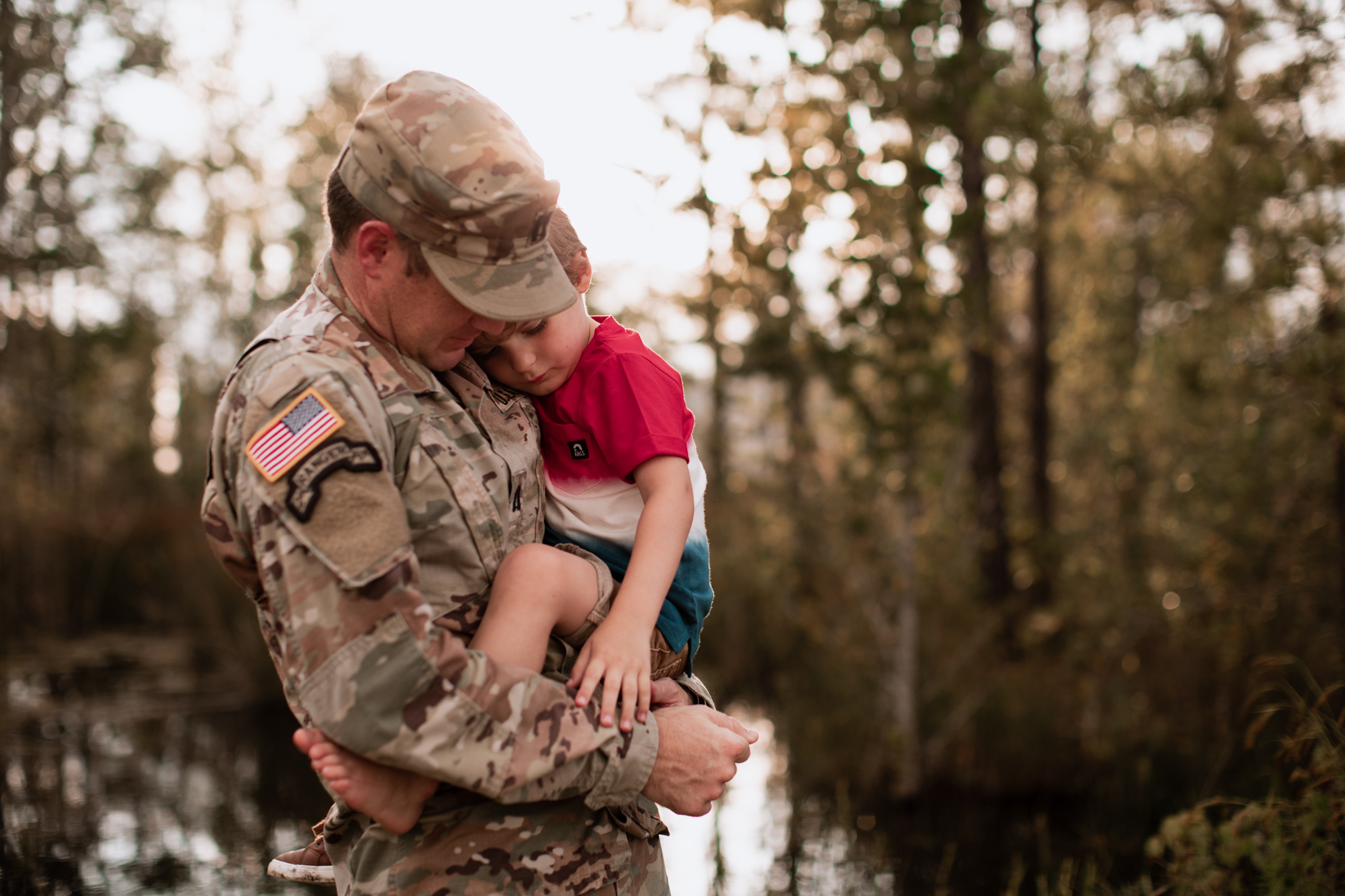 While sitting alone (since my husband had Army things to do) at the end of year school party at my son's second new preschool, I held back all of those same tears for my son. He just turned five and already has lived in four states, with a fifth coming next summer. He's had to say "see you soon" to friends and broken my heart when he's cried over missing ones from previous duty locations. For months on end, he probably thought Dad actually lived in the phone since he could only communicate with him over FaceTime/Skype. He's asked me where we would live next, and told me what color house he wants "for our next home." As school begins next week, I can't help but feel somewhat sad knowing that the friends he makes this year will be kiddos he will have to say goodbye to at the start of the summer next year. This moving thing? It SUCKS on SO many levels (and don't even get me started on all of the valuables an irrepleaceable mementos the movers lost this last move!). 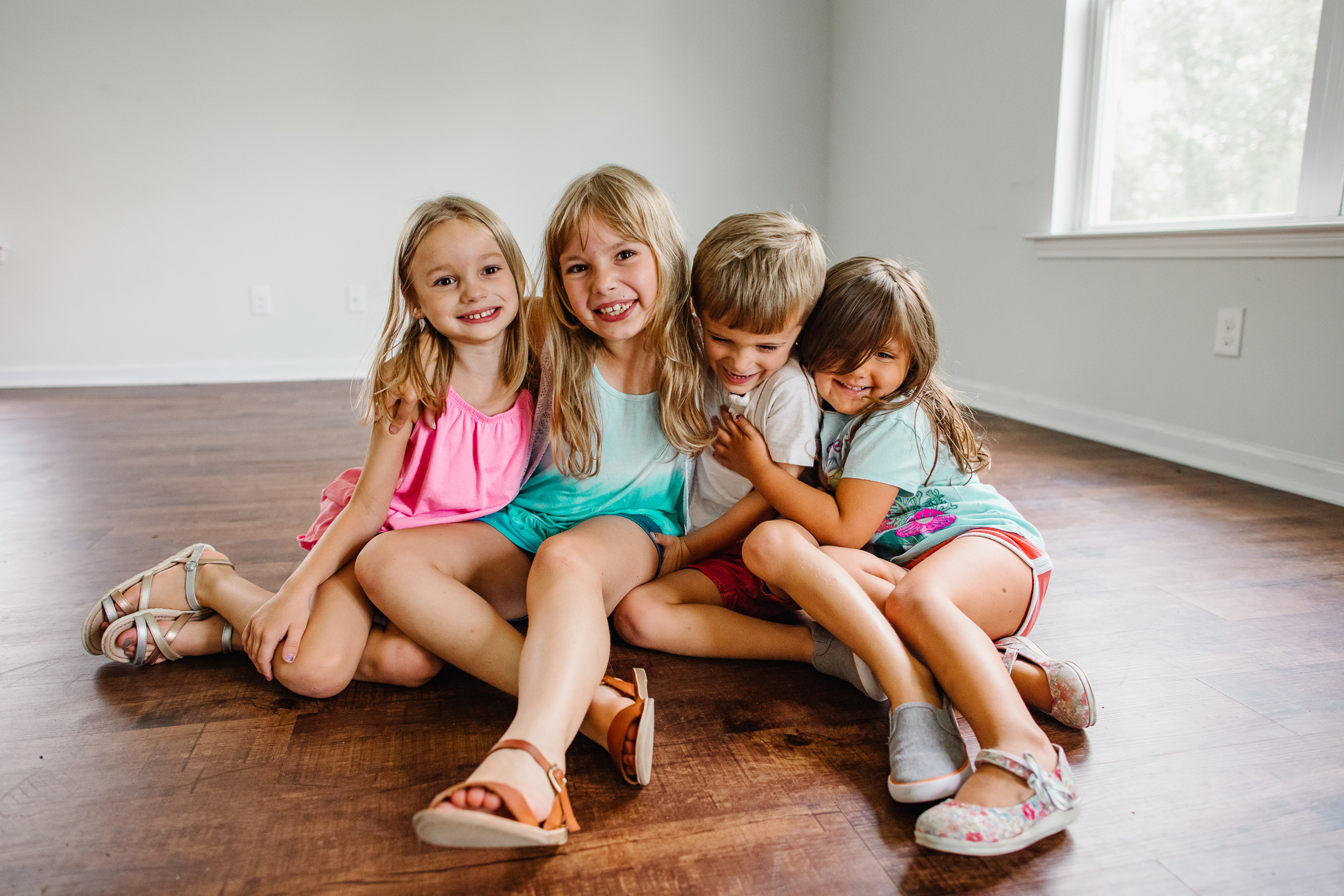 Those tears often were comforted by friends who "got it." Friends who understand and walk alongside me in this journey of being a military spouse (yes yes, I am an Army wife, but every time I say that, I think about the Lifetime TV show-- which side note, I actually really enjoyed watching LOL). This new duty location brings a new pleasant surprise of how much fun living on an Army base can be. My son comes and goes with his new friends like you would expect out of a scene of "Leave it to Beaver" and giggling is heard throughout our house and street all day long. Each evening, I watch kids of all ages who just met each other playing dodgeball and riding bicycles together while their parents socialize. We're all making life long friends here. When Retreat comes on the loud speaker at 1700 (5pm) each day, I watch everyone stop what they’re doing and be still and quiet to respect the flag. It's amazing seeing these three, four, and five year olds stop playing and talking, and putting their little hands over their hearts in tribute (I even watched a little tike trying to salute just like his dad in uniform was doing. Talk about hitting you with all the feels)! 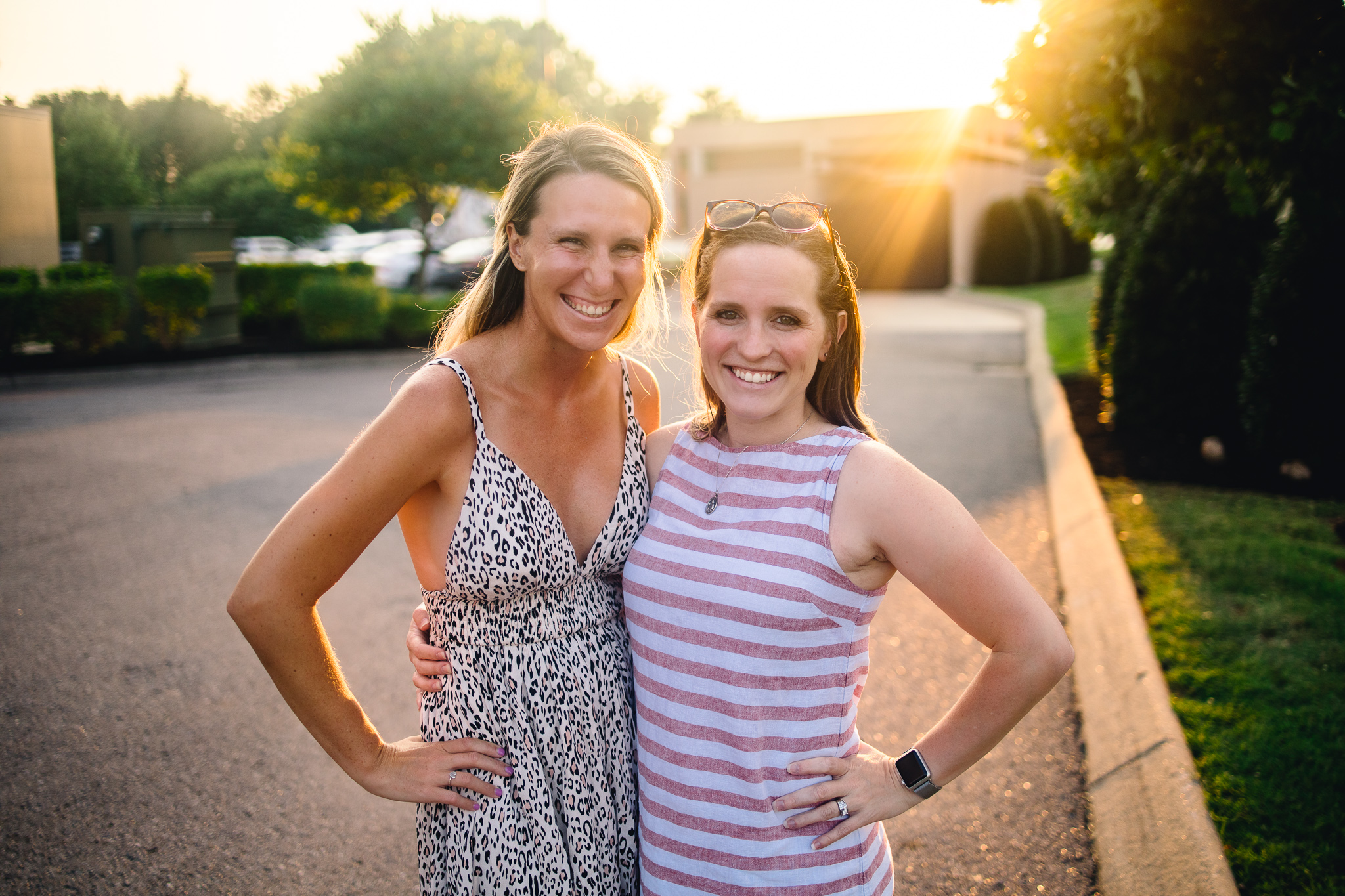 I got to visit with one of my Army besties after not seeing her for FIVE years (but we talk everyday still!) 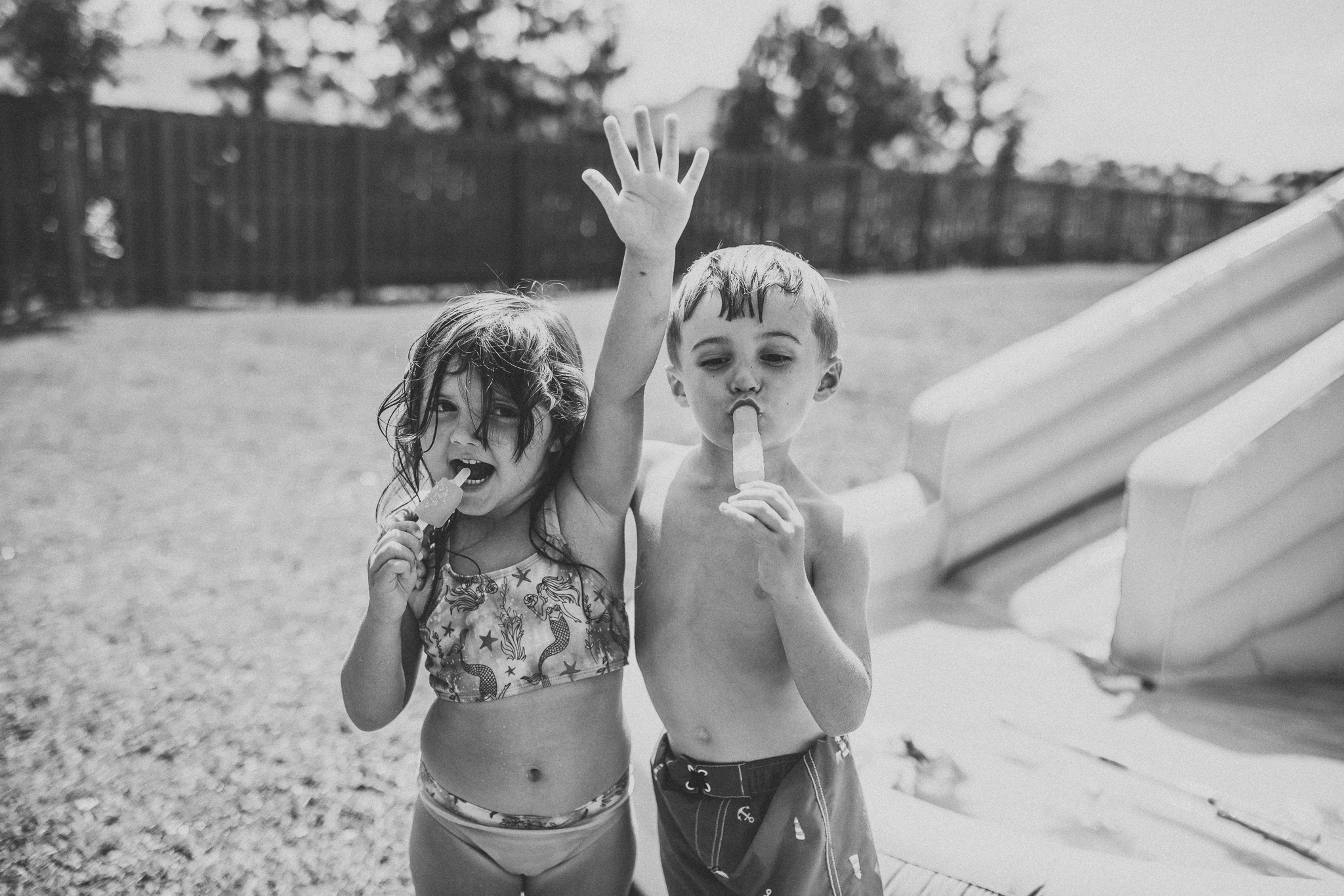 Theo’s bestie from Georgia
My son may not be able to go to school at the same place each and every year, but he will be able to say he has lived ALL over the world and experienced different cultures and local home town celebrations. He has quickly learned what it takes to be social and brave-- putting himself out there over and over again to make new friends. He knows how to politely address adults and we all follow the "it takes a village" mindset to parenting, and that he must respect his friend's parent's rules. He knows how to pay honor to the flag and what it stands for. He is proud to be a military child. And, we may not have family close to us, but we do have friends that become family. We have all learned that home is truly where the heart is. 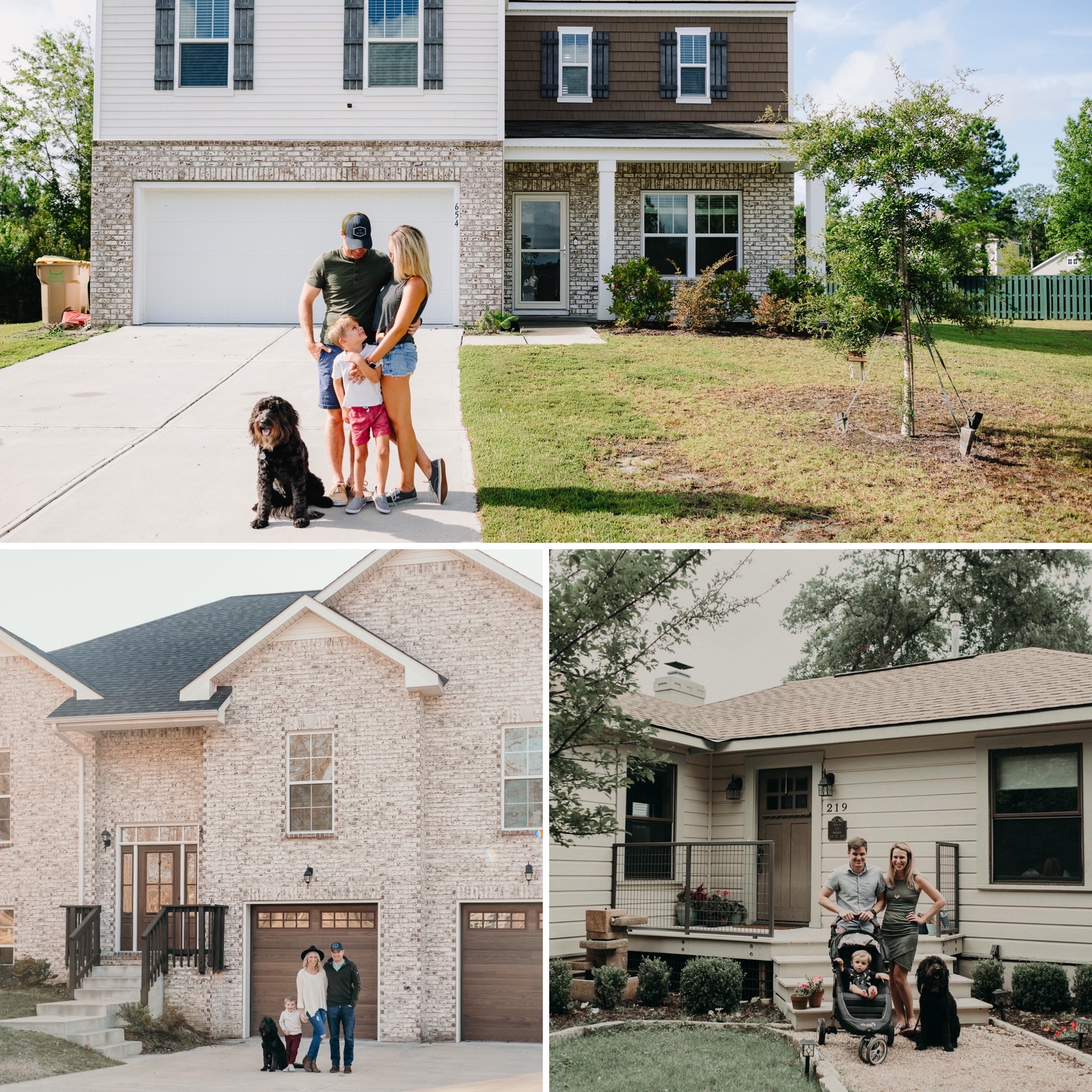 We take a photo in front of each house we’ve lived in. Top is Georgia, bottom left is Tennessee, and bottom right is Texas (and where we brought our baby home too). I don’t have great ones of our very first house together in Washington- but I figured we’d start the tradition with the little guy instead!

We may not realize how we do it, and my friend is right-- we do indeed, just do it. But we don't do it alone; we get by in this lifestyle with help from family afar, and friends who become family at each new place... and for all those people, man, am I ever so grateful for that. 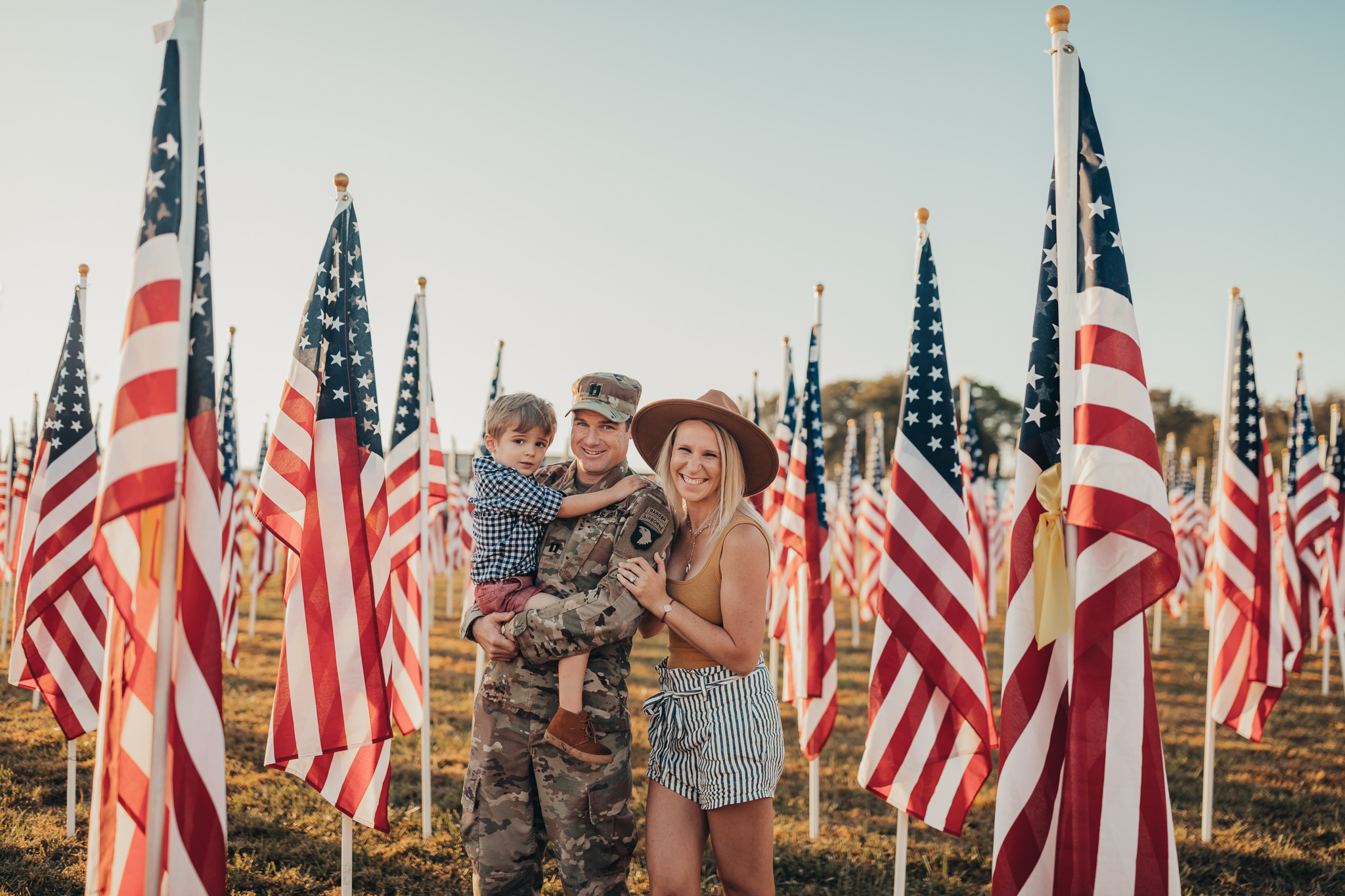 Back to School Tips for Starting Somew...

I'm a wife to a handsome hunk of a Soldier, a momma (to a little boy and fluffy pup), a dreamer, a go-getter, and an Army veteran turned photographer. When I'm not behind the lens, I love eating good food (I'm so spoiled because my husband is an excellent chef!), drinking good wine (and coffee!), and spending time with family and friends. I also love to travel, and my husband and I have a competition to see who can visit the most continents (so far we're tied with four each), but our fave place to vacay as a family is Disney World-- yes, we're those crazy Disney people! I'm a huge talker (and incapable of short stories), and I just adore capturing storytelling images for mommas of their babies for the years to come! 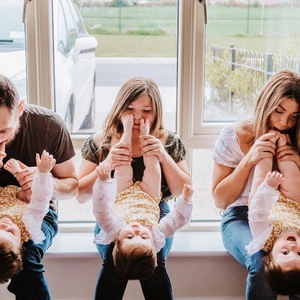 Wow! You are both super mamas, made of strong stuff!

The Story Of Struggle