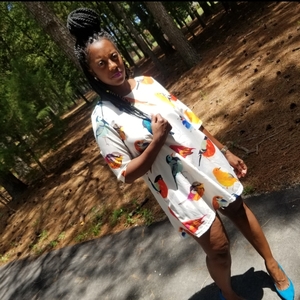 That one time, several years ago, I learned an invaluable lesson.

It was circa 2015.  My children were 7, 5, and 3 at the time. Lucky number four had yet to arrive. Their ages made “quick runs” seem like a phrase only used by track stars running short distances as there was no such thing. Getting out the door took enough time, it never failed that whenever I would be in a rush to leave, at least one child had to do a number 2.  I had developed the habit of either shopping online or only taking everyone out when I know I would have an ally.  It was kinda bad.

My youngest, at that time, seemed to be overstimulated by any and everything outside of our house.  This usually sent him into a fit of what seemed like a cross between rage and desperation.  I never knew if I should feel sorry for him or be enraged that he would carry about like that in public.  I warned my husband that this was a regular occurrence for us, but I’m sure that he thought I was exaggerating.  Plus, they always seemed to be on their best behavior when daddy was around.

This was a nice weather weekend though, so I needed to get out.  I convinced the hubs to come with me and the kids to take a stroll in the mall.  I knew he hated doing this, but he loves me so he obliges sometimes--as he did in this instance.  We began our cruise through mall and something set him off--him, being my youngest child.  I immediately give my husband the “see, I told you” look, to which he just goes into to Super Dad mode to resolve the issue.  To my recollection, I think he pacified our son for a bit, but it definitely wasn’t over.  I knew that the impending “next incident” would be the one that brought the explosion.

Then, it happened.  It could’ve been that his snacks ran out or that his older brother did something to disturb his transitory peaceful state, I really don’t remember.  What I do remember was the yelling, screaming, kicking, and flailing that took place. And perhaps what I remember more was our inability to soothe or discipline him out of this rage.

That day my husband saw it first-hand.

Prior to all this, I was the mom who stuck her nose up in disgust when people couldn’t get their children under control.  I had two that I was able to manage in public enough to have had experience on “how to maintain well-behaved children in public”, so I felt within my right to look down on the mom who, for some reason, didn’t have the skill to enforce the momma-eye.  It was always a lack of discipline, from the way I saw it.  That was, until the Lord blessed me with #3.

I felt so embarrassed and helpless in public.  I disciplined all my children equally and being a black mom, those standards were even higher.  For this child, that wasn’t the answer.  I knew that.  I just didn’t know what the answer was.

What I did know, was that I needed grace from others in public; not the stare downs, the whispers, or the looks of disappointment.  I needed what I never gave those other moms: raising grace.

We are all figuring things out on this parenting journey.  Sometimes we get it right, right away, and other times we are thrown a curveball.  We get the low maintenance kids, but we also get some that need a little more help along the way.  In either case, we need grace in raising them.

This one is 7 now and although he can be emotional at times, he’s our most compliant child and never wants to rock the boat.  Sometimes I even feel I see strokes of genius in him.  He has the most adult, dry sense of humor that can nearly bring me to tears in laughter.

But guess what…number 4 is a miniature version of him.  So here I am, on this journey of needing that grace again.

Hey there, I'm Tanesha. I am a married, homemaking, mom of 4 with a knack for fashion, love for Jesus and passion for all things family. I love meaningless comedies, hate homework and am a bonafide homebody-with no regrets! 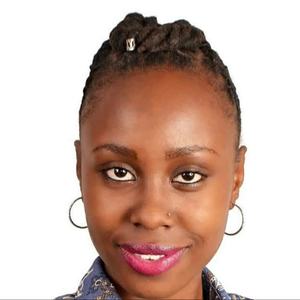 Dont we all need grace!n much more give others the same. nice piece