The 2 Types of Parenting 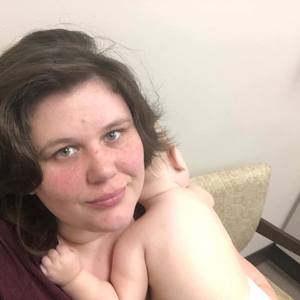 When my oldest was about 4 or 5 years old, I started realizing that spanking wasn’t working. He still engaged in the behaviors I was punishing him for.

Then one day, I asked him how he felt when we spanked him. “Like you don’t love me," he'd said. It was a quintessential child answer. And it changed my life forever.

I started devouring every credible resource on child development, different parenting methods, etc and found that there is a ton of terms for basically two different ideas that parenting strategies fall into: Authoritative and Gentle.

These parents tend to think that kids need to regret their actions to refrain from doing them in the future. So they use fear to modify behavior.

Common techniques to modify behavior include spanking, time outs, grounding or removal of privileges, and the use of shame/embarrassment.

The relationship in gentle parenting is much different. We are still trusted authority figures in our children’s lives, but we refuse to use fear to achieve that status. Instead, we focus on cultivating a close relationship with our kids.

Gentle parents are not focused on controlling their child’s behavior, they focus on teaching their kids self-control.

Much of the discipline focuses on preventing problems for young children and teaching them to be aware of personal safety and awareness of self, deep emotional intelligence, good social skills, and expected behaviors.

The Truth About Gentle Parenting

When I first began gentle parenting, there was some tension between my husband and me. I did a lot of apologizing to my oldest,  and I started ignoring certain behaviors that we had been punishing him for before.

We got some dirty looks the time that he had an explosive meltdown in the busy store. Instead of carrying him out of the store, ignoring his feelings, we comforted him.

My husband had felt like we were letting him manipulate us, that we were permitting him to be in control. And he couldn’t have been more wrong. My son wasn’t in control at that moment--we were, and we used our control to support our child’s learning how to deal with emotions.

This is an important point to make about gentle parenting: it’s much more involved than authoritative parenting.

I have to carry all of the emotional labor of being calm when they aren’t, even if that time comes when it’s inconvenient to me. In order to set limits effectively, I can’t give out warnings. I have to get up and set the limit early to avoid the frustration that ends in yelling.

Do you want to hear more about the tools I use to be a gentle parent? Leave me a comment below!

How Parents of Special Needs Kids Use ...

4 things to change in your parenting w...

I am driven to learn so I turned it into a lifestyle. It's living for the next AHA! It's living immersed in your life, not just being along for the ride. Now, I am teaching my kids learning is life and demonstrating it first hand in my entrepreneurial adventure. Follow me as I expand my mind, my skills, and my pockets (hopefully).