One (Tough Love) Way to Change Your Picky Eater 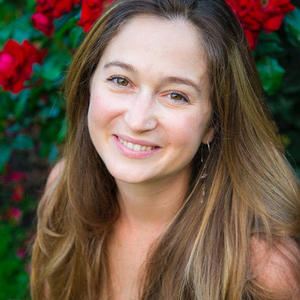 After suggesting a few recipes to help moms switch to a healthier diet, I hear one comment frequently: “There is no way my kids will eat this.”

My answer is always the same: “Why not?”

You have the power as a parent to change your picky eater!

As a parent, it's up to you to take charge of what your children eat. The child isn't necessarily picky—they've just figured out how to get what they want from you. It's up to you to take that power back! It is so important that you decide to put those good foods in front of them. A typical child in America commonly eats an array of unhealthy foods, such as: chicken nuggets, mac and cheese, grilled cheese sandwiches, hot dogs, quesadillas, burgers, and pizza. As a French mom, I find this quite strange and sad. Take a look at a "kid’s menu" at any American restaurant and you’ll see the same boring foods (that lack important nutrients) offered to kids. Why is that? Don't our kids deserve some variety in their diet?

Kids need to be taught at a young age that nutritious foods are actually delicious.

I remember watching the health documentary The Magic Pill on Netflix. The movie featured a six-year-old autistic girl. Her parents decided to completely change her diet to see if her symptoms would improve. Up until then, she had been on a diet exclusively including Goldfish and chicken nuggets. In the first two days of her diet change, the girl starved herself. She refused to eat all of the healthy meals her father was preparing for her: steak, scrambled eggs, avocados. She would throw the food down on the floor! Her dad showed immense patience without reacting to her behavior. He knew that it was up to him to guide his child in the right direction of health. And then something magical happened: after two days, she started eating those healthy foods. Guess what? She was hungry!

My son (who is five) is not a big eater. He would gladly skip a meal. His reason is always, “It’s just not yummy, mom.” I used to worry about it, but now I see it as a blessing. He enjoys food when he finds it tasty, and he doesn't just eat things to fill up his stomach. Children have innate wisdom about their bodies’ needs, and we should allow them to tap into it.

I eventually decided that my job is to prepare the food. He won't love everything I make and that's okay. I'm not a restaurant, and he doesn't get to choose. If it's not to his liking, then he has to decide whether or not he eats it. I prepare healthy French meals that contain a variety of fresh and nutritious ingredients. I won't feed him junk food in place of that.

Moms, I know you have good intentions—the best intentions. But you’re not helping your kids when you give them the same unhealthy food over and over because it’s the only food they've decided to eat.

You are 100% responsible for the food your child eats.

The food your child eats (at least when they are in your house) is your responsibility. Don't miss this opportunity. Offer them great food choices—the best choices! Give them the right tools behind healthy cooking and meal preparation, so they can carry that knowledge with them when they are eventually out on their own. Developing these habits now will go a long way in helping your child have healthy habits in the future.

Break It Down! How to Help Your Teen w...

I work everyday to inspire other mamas to step into their power and lose the baby weight for good so they can become the best version of themselves!

I’m an international traveler, originally from France and a passionate foodie! Find my work at www.momnutrition.coach

Great article, Laura! It's all about balance in our household. We eat healthy 80% of the time, but our daughter is allowed one small treat per day and Friday dinner is her choice, so if she wants pizza, KD, or other kid favourites that's her chance.